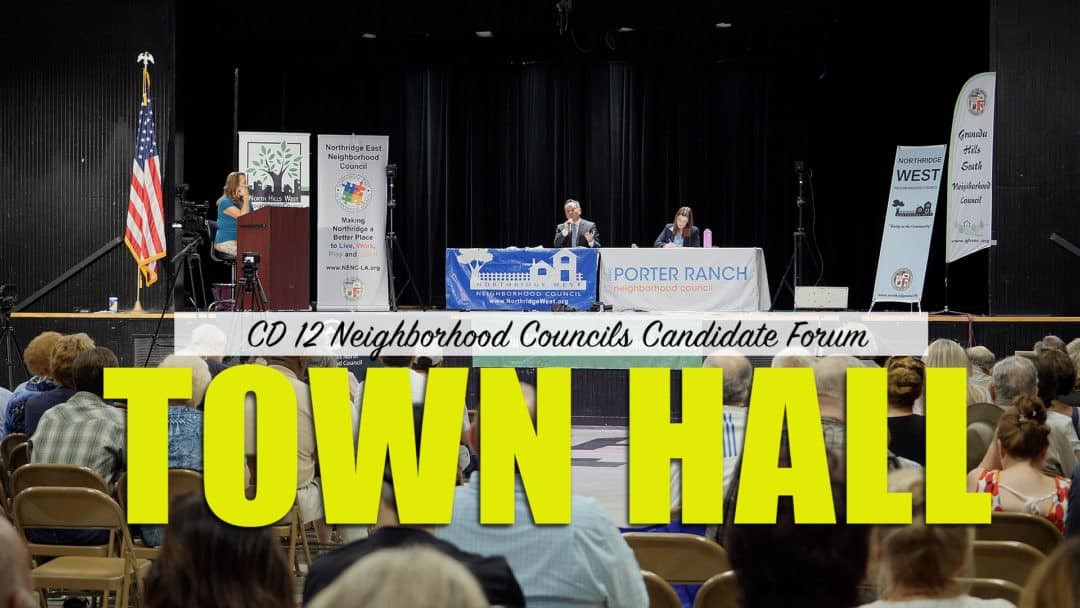 The event was moderated by Tanya McRae from Spectrum News. Over 200 people packed out the Granada Hills Highlander Hall on July 20. Candidates made opening remarks, answered two rounds of questions and then made closing statements.

You may watch the entire proceedings on the below video or if time is short, you may want to catch the opening statements, which are five minutes each, starting at minute 14:25.

The election is August 13 and we encourage you to become informed about the candidates and vote. Thank you to everyone who came.

Thank you to the committee that organized this event included: