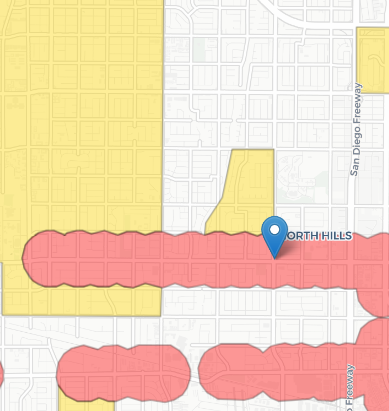 At our March 21, 2019 meeting NHWNC voted unanimously to oppose California Senate Bill 50 and send a Community Impact Statement encouraging City Council to oppose it too.

Audio Video of the most recent METRO meeting. Please click on item # 25 on the player. This was the discussion of the Nordhoff Project. It should start at the 30:00 minute mark. http://metro.granicus.com/MediaPlayer.php?view_id=2&clip_id=1123

Written by legislator Scott Wiener, SB 50 rewards developers to buy and demolish single-family housing and apartments near rail, train, ferry or busy bus stops AND near jobs and good schools. SB 50 kills local planning rules, letting buildings tower over homes. The towers can include NO parking, NO space for trees, NO setbacks, and NO design standards. All that developers must do is include a few “affordable” rental units. This removes local zoning control and allows Sacramento to change the fabric of our communities.

We encourage you to contact your legislator and tell them you oppose the destruction of your neighborhood by SB 50.  You may find more information at https://www.stopsb50.net/

NEIGHBORHOOD POLITICS–The Appropriations Committee just killed SB 50. Together we did it!  Killing the worst law proposed in 25 years, a land grab that would have put a ban on single-family housing, razed affordable housing, threatened historic neighborhoods, and attacked homeownership.

Sen. Portantino, chair of the Appropriations Committee, used his power to deep freeze this bill until 2020 when it will be up for debate again. For now we can take a breath before we gear up for another fight.

Scott Wiener has not gotten the message. He will he waste another year of all of our time toying with ridiculous non-solutions to our affordable housing crisis. We need to build actual affordable housing, not continue to provide giveaways to luxury housing developers allowing global capital to upend our neighborhoods.

It is time that Senators Scott Wiener and Mike McGuire and the co-authors of SB 50 realize that a bill which is nothing more than a land grab only caters to developers whose main objective is profit.

Click here to see a map of what your area could end up becoming:

What ELSE does SB 50 dramatically change in our communities?

Developers can override up to 6 planning standards, according to an in-depth analysis by the San Francisco Department of Planning. Developers become their own zoners and planners. Cities would be barred from fighting bad development unless an SB 50 project is so bad that it’s a direct public safety threat (not an indirect threat like smog).

Here’s just a sample of rules developers can abandon under SB 50. Cities, counties and communities would have no say.