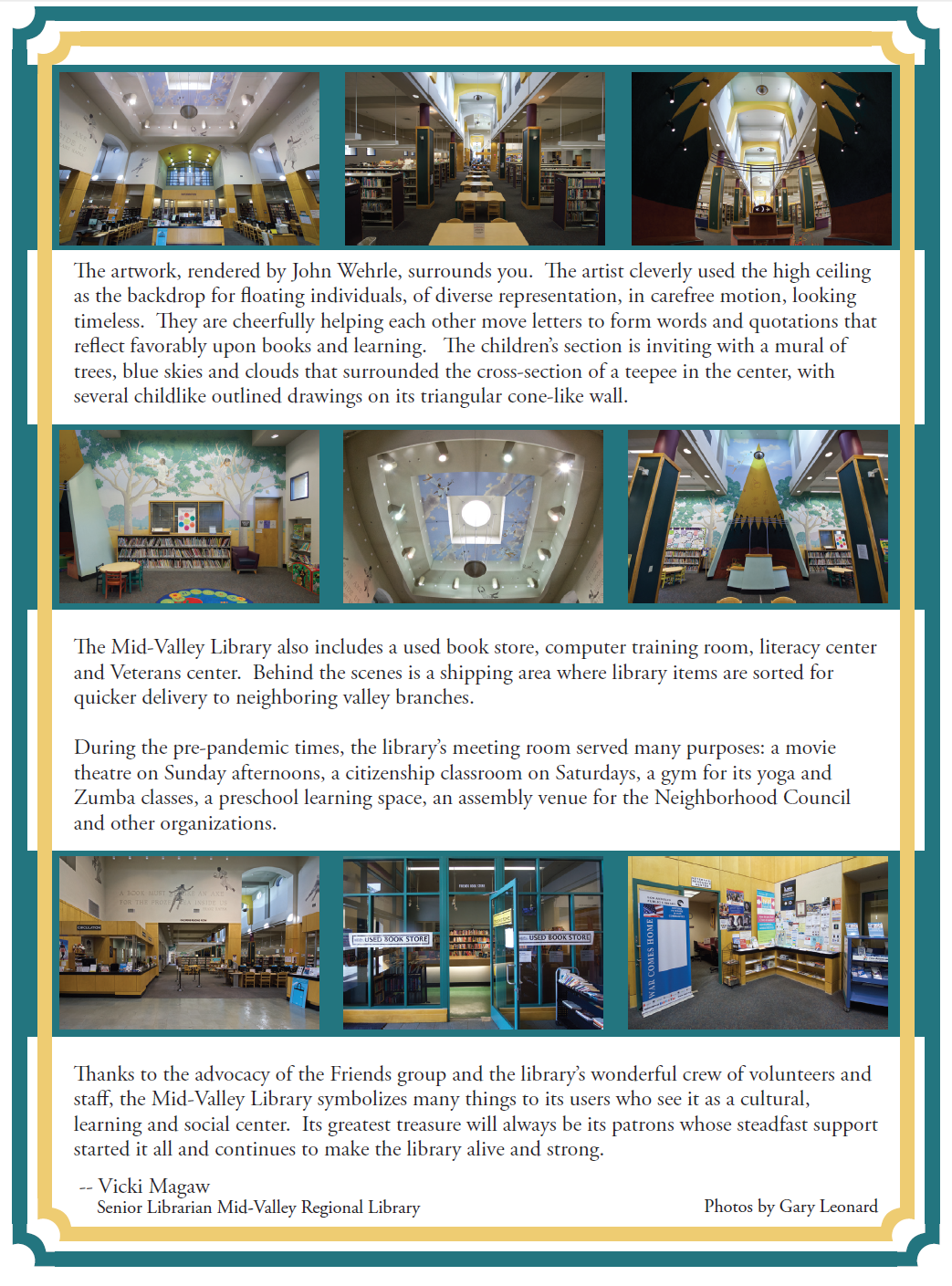 At 27,981 square feet, the library is the largest branch in the Los Angeles Public Library system. It is also one of the busiest branches based on its consistently high circulation of materials and number of library programs and activities it provides.

The library took from 1962 to 1996 to be planned, funded, constructed and opened.

The architectural firm that designed the library was Killefer, Flammang & Purtill. They wanted to create a building with a sense of presence. The result is an eye-catching structure of distinction. From Nordhoff Street, you see the landmark glass-framed clock tower, the circular windows lining its upper walls reminiscent of an ocean liner, the blue ceramic tiled pyramid at the center of the rooftop and the vibrant mustard colored exterior.

As you enter the interior, the high ceiling contributes to an overall feeling of openness and breadth. The symmetric pillars and arches provide a sense of grandeur. The central skylight, that is accentuated by square windows all around it, radiates brightness and warmth.

The North Hills West Neighborhood Council is grateful to have such a treasure for our stakeholders and celebrates with the library this great anniversary! 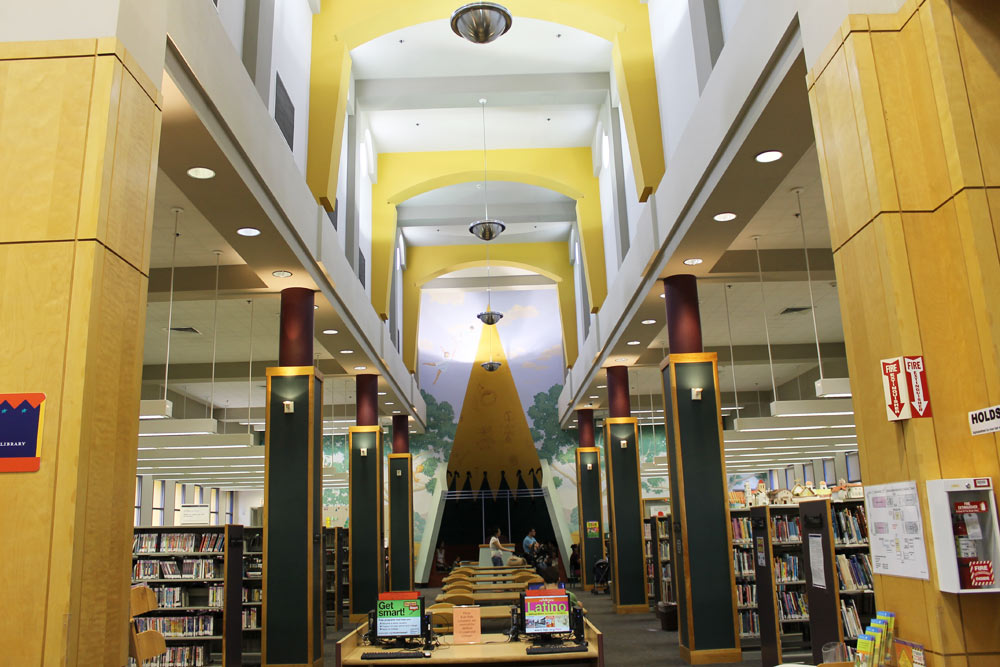