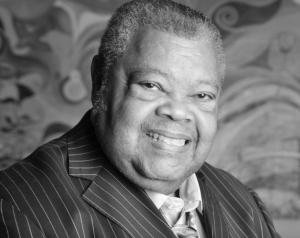 Jose´ De Sosa was born in Panama City, Republic of Panama and later migrated to New York City. He enlisted in the United States Air Force, serving for nearly 10 years.

Once discharged, Jose´ began his career working for Pacific Telephone and Telegraph Company—which later merged with AT&T. He worked for 36 years before retiring in 2000. Throughout that time and beyond, Jose´ remained passionate about diversity and representation. He was instrumental in getting General Telephone to allow Pacific Telephone Company to recruit from the Los Angeles Unified School Skill Center, enabling hundreds of minorities to secure work with Pacific Telephone.

During his tour as President of the SFV Branch of the NAACP, Jose´ was instrumental in getting the Los Angeles City Council to pass a 90-day moratorium to discontinue the use of the Carotid Chokehold by the Los Angeles Police Department—still in effect today. Jose´ and the San Fernando Valley Branch of the NAACP were instrumental in getting the officers involved in the Rodney King beating disciplined. Major changes were made by all the law enforcement agencies across the country, and Rodney King received a large settlement. Jose´ was also part of efforts to discontinue the use of the battering ram by the LAPD.

Jose´ has been an Officer and Board member of VIC-Valley InterCommunity Council for nearly 20 years, and also a member of VIC’s Alicia Broadous Duncan Multipurpose Senior Center in Pacoima, one of VIC’s four Senior Centers in the San Fernando Valley where VIC provides an array of social services and programs for the community.

Jose´’s beloved wife Juanita De Sosa passed away in 2020. They raised seven children, together building and strengthening the diverse communities in the San Fernando Valley. Jose´’s commitment to others, working through a lens of inclusion and equity for those disenfranchised, continues to this day.

This month as we celebrate Black History, we recognize influential members of the community like Jose´ De Sosa and others who have contributed to providing opportunities for people of color while working to improve lives for all.

This profile was created by the Valley Inter-Community Council, which is currently focused on addressing the needs of our elderly neighbors, especially those caught short with devalued pensions and people of color in economically disadvantaged neighborhoods. Find out more about their food resources today.